This series is both personal and political. In 2008, California voters passed Proposition 8, banning same-sex marriage. The debate on same-sex marriage still prevails in the United States, affecting the lives of thousands of same-sex couples fighting for equal rights, including mine. This debate is, in itself, part of a long series of marginalization throughout history that relates to this idea of “second-class citizenship.”

This mixed media series titled [HIS]tory Repeats is my visual response to the law, which provides that "only marriage between a man and a woman is valid or recognized in California.” The series is comprised of 8 combined diptychs done in charcoal, ink and acrylic on paper. Each diptych uses the form of human hands that carry a historical significance combined with texts that all share common themes of oppression, discrimination and inferiority of one group of people to another. Arranged as a whole, in a certain order, the series forms, in colorful words, the new provision added to the California Constitution.

There are three symbolic forms that exist in the series. The number 8, in recognition of Proposition 8, equates to the number of diptychs that I have used in the series. The hands I drew in charcoal represent the human aspect of the proposition and symbolize the historical context of discrimination. Lastly, the rainbow colors that make up the complete provision added to the California Constitution are stenciled in the same rainbow colors used as a sign of diversity and inclusiveness. 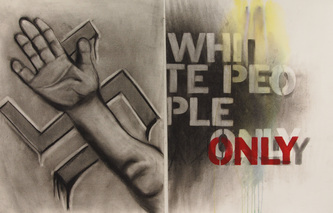 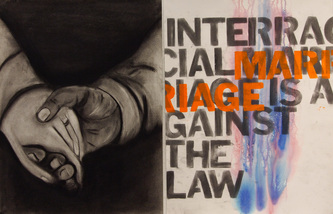 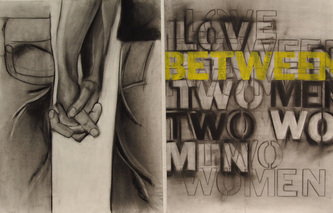 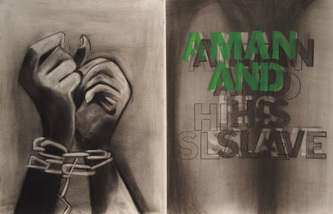 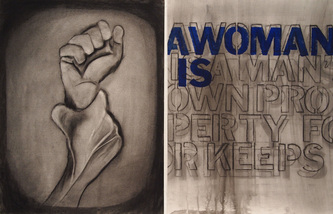 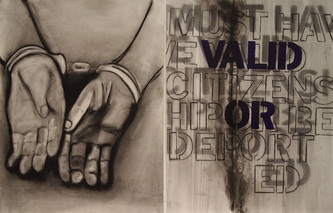 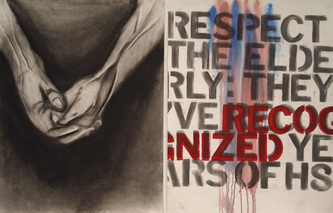 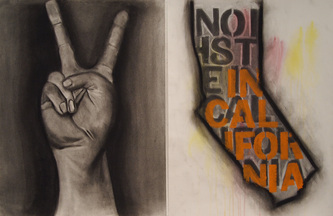