Up until now, I’ve always kept the religion out of my artwork. Perhaps, this is attributed to fear. Fear of rejection or criticism of the religious institutions that at times I feel rejects me. Or perhaps it’s related to the notion of disrespecting religious institutions, which have been known to make disrespectful comments and actions targeted to the LGBT community.

With the current debate on same-sex marriage, we hear repeatedly the argument that marriage between two men or two women destructs the institution of marriage, with religious institutions taking center stage, playing a huge role in the debate. With all the back and forth on the legality of same sex marriage we seem to have lost sight of what, in my mind, is core to humankind—the simple, yet powerful notion of love.

Born, baptized, and raised in a Catholic household, I was always taught to practice the golden rule, “Do to others what you want them to do to you.” Matthew 7:12. This new series titled We Are Golden is a testament to all those who live by the golden rule. This series contains a collection of charcoal drawings containing male figures and religious symbols with handwritten text depicting repeatedly written psalms, creeds, and other various mantras. The drawings are enhanced with drips of ink and acrylic gold. From the drawing titled “Sin” where words of condemnation trickle down the page to the drawing titled “Deliver Us from Evil” where a man flies proudly from the heavens, this series is meant to represent the continuing evolution of religion, faith and love.

No matter what religion we practice, what god we put our faith in, or what writings we choose to believe in, we are all valuable beings that deserve to be treated with love, respect and self-worth. We are, in fact, golden. 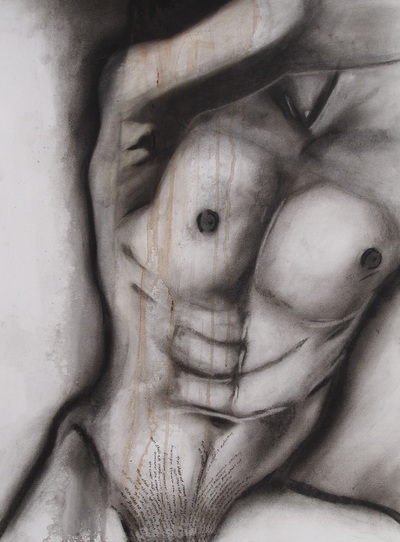 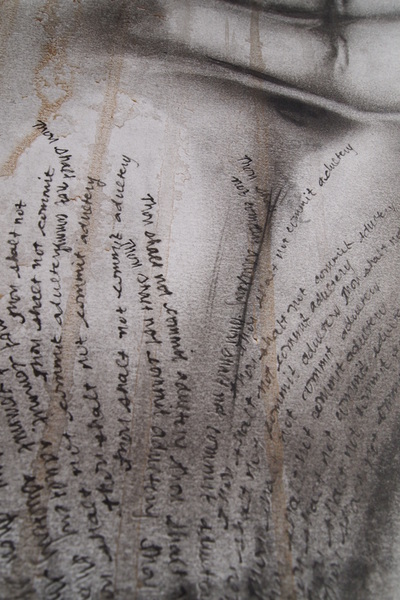 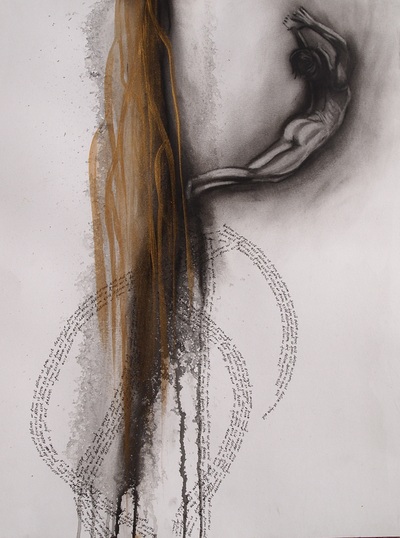 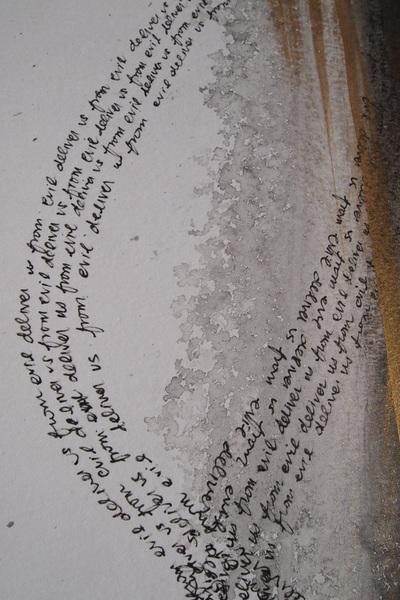 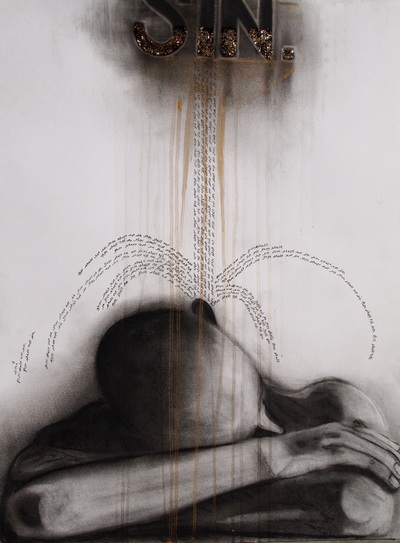 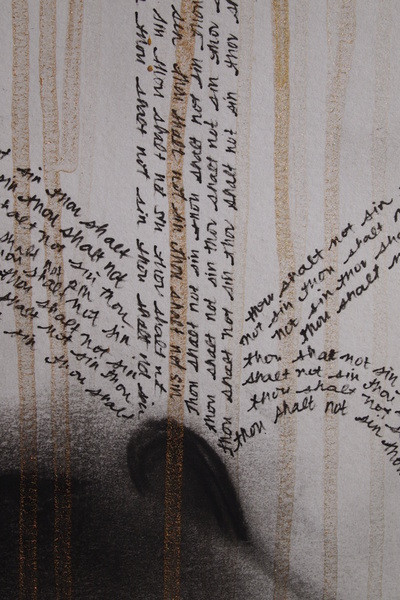 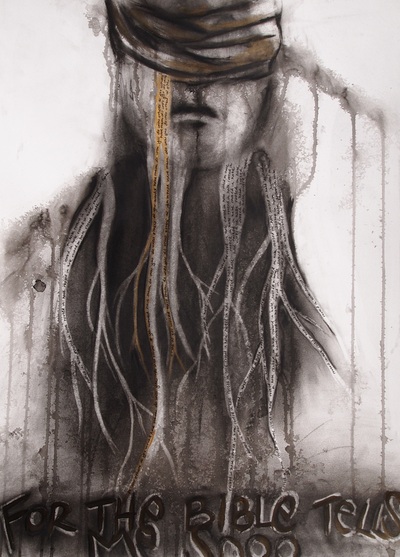 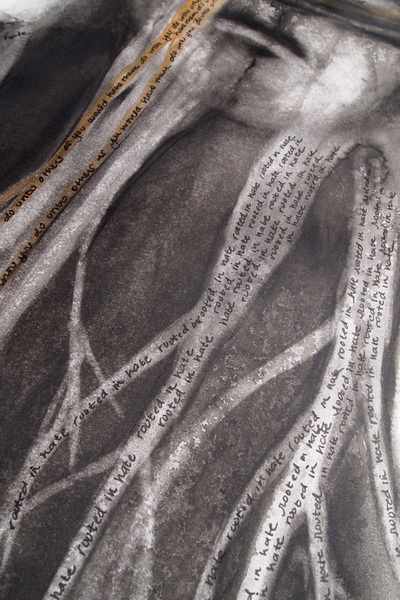 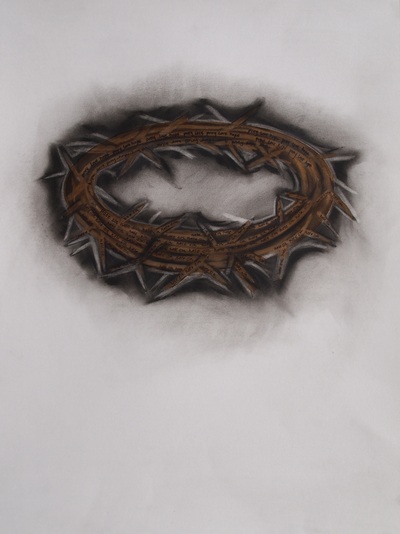 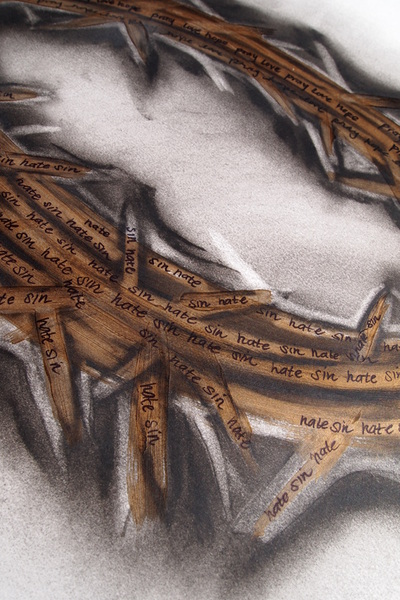 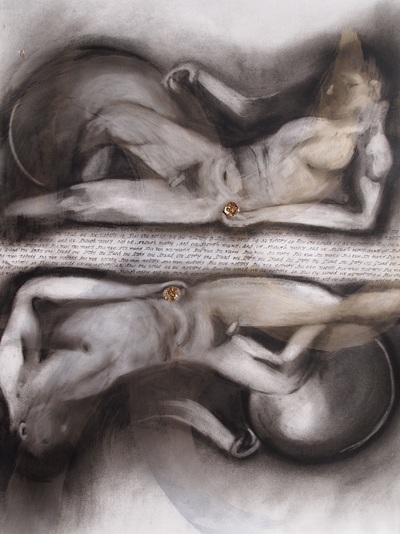 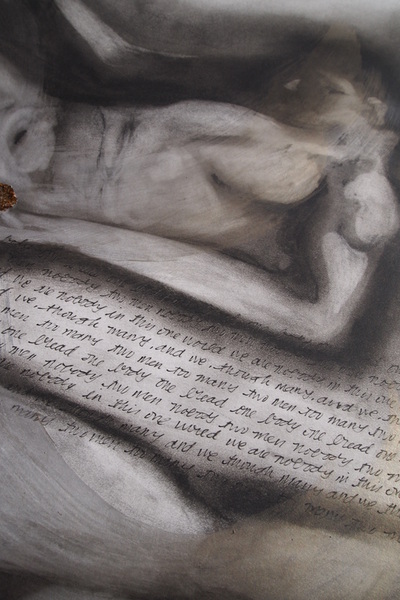 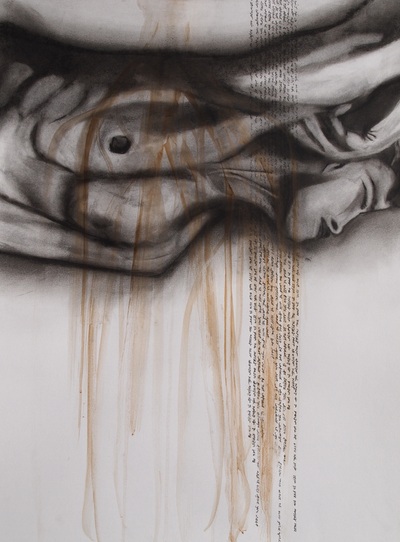 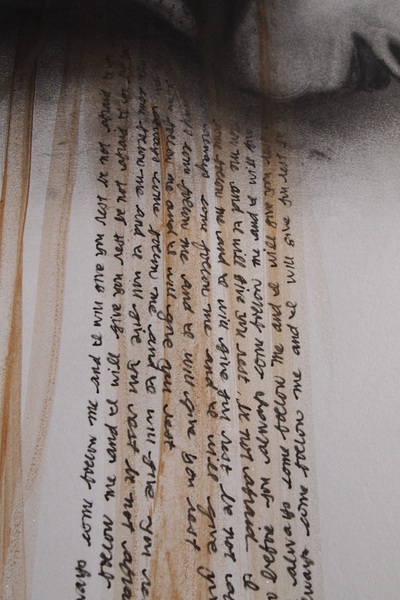 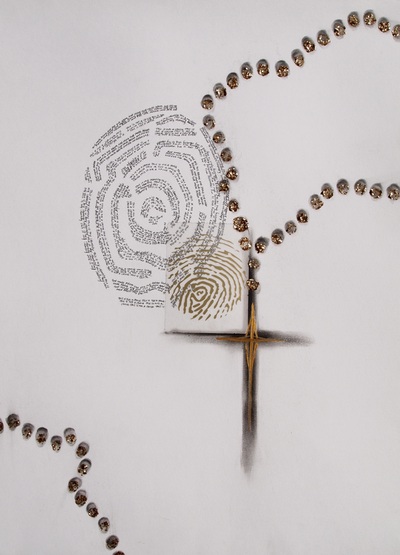 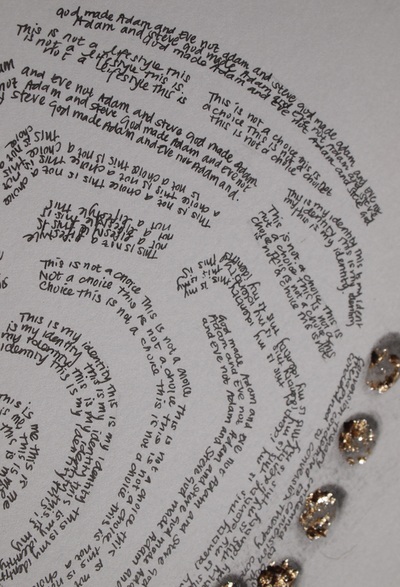 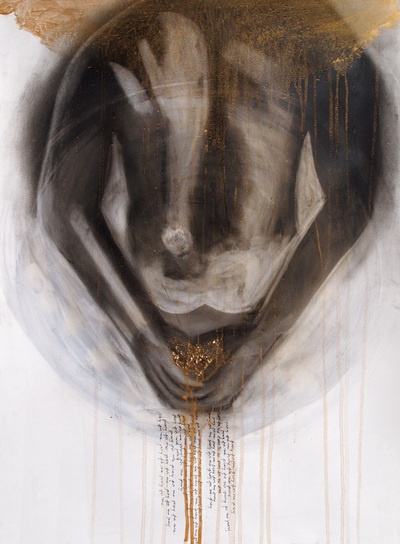 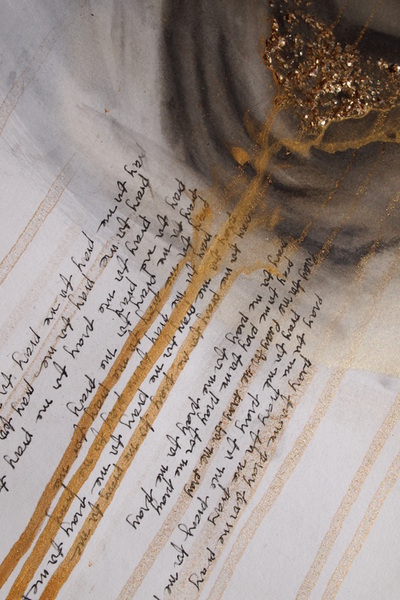